Last week, we found ourselves in Vancouver, British Columbia for a work-related conference put on by American Public Gardens Association. In addition to learning heaps about plant collections and (among other things) the record keeping involved in maintaining such collections, we got a chance to visit two Vancouver botanical gardens. Both gardens were pretty big, so covering the entire area in the pace we generally like to go in the time that was allotted was simply not possible. Still, we were smitten by what we were able to see and would happily return given the chance. What follows are a few photos from each of the gardens.

UBC Botanical Garden is located at the University of British Columbia. Established in 1916, it is Canada’s oldest university botanical garden. We saw a small fraction of the Asian Garden, which is expansive, and instead spent most of our time in other areas, including the Alpine Garden, the Carolinian Forest Garden, the Food Garden, and one of my favorite spots, the BC Rainforest Garden. The Rainforest Garden is a collection of plants native to British Columbia, which was the original focus of UBC Botanical Garden’s first director, John Davidson. 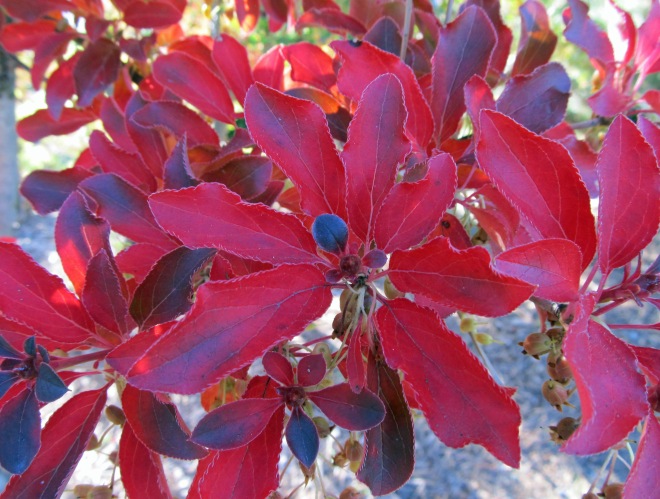 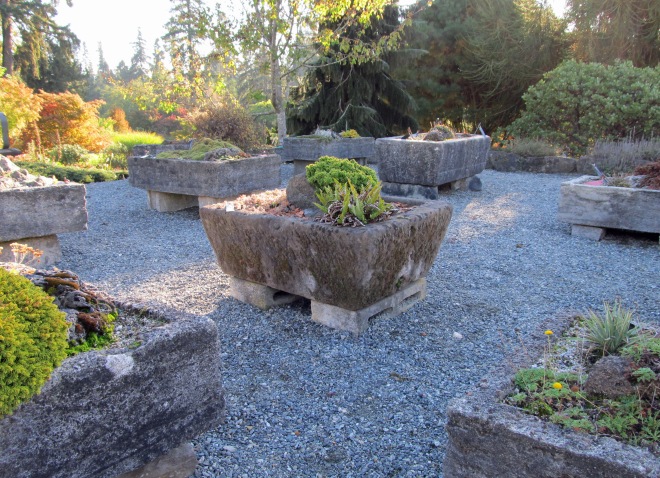 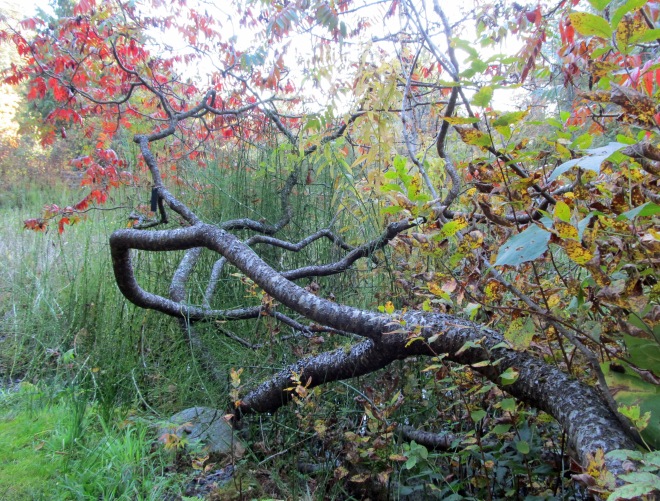 the fruits of Gaultheria pumila in the E.H. Lohbrunner Alpine Garden 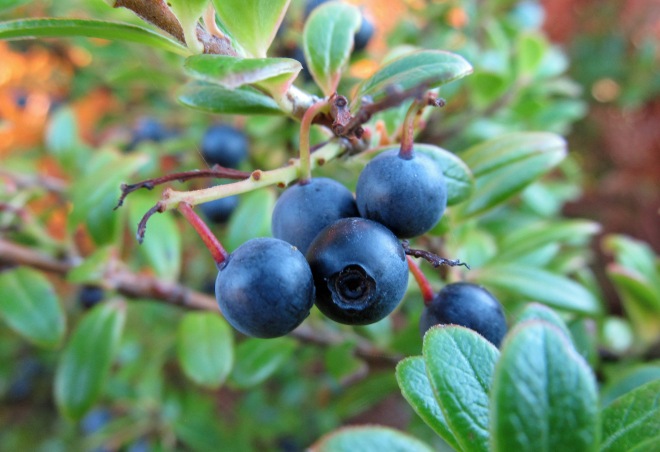 VanDusen Botanical Garden is a 55 acre garden that opened in 1975 and is located on land that was once a golf course. It features an extensive collection of plants from around the world accompanied by a series of lakes and ponds as well as lots of other interesting features (like a Scottish Shelter, a Korean Pavilion, an Elizabethan Maze, and more). Our time there was far too brief. The whirlwind tour we joined, led by the education director, was a lot of fun, and if the threat of missing our bus wasn’t looming, we would have been happy to stay much longer. 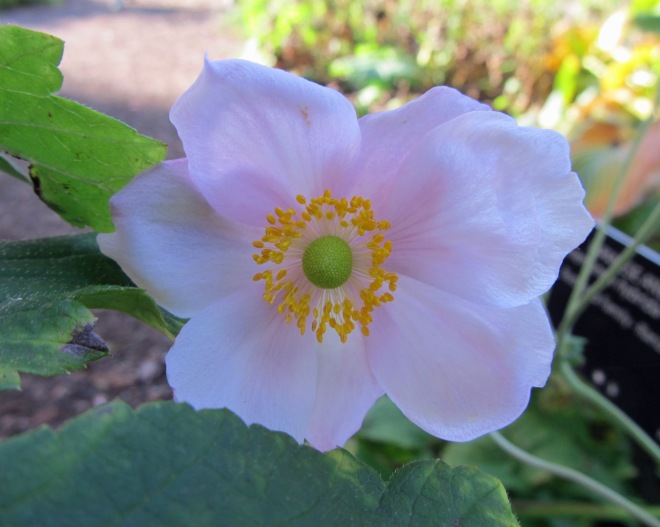 fall color on the shore of Heron Lake 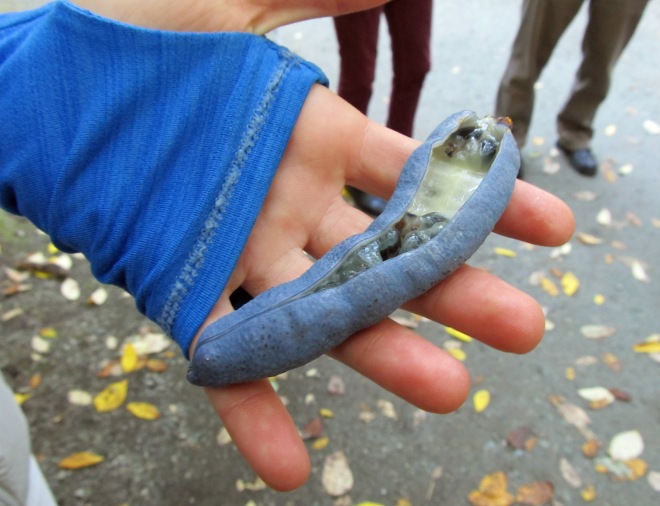 We tried the fruit of dead man’s fingers (Decaisnea insignis). It tastes a bit like watermelon.