When a flower blooms, a celebration is in order. Flowers abound for much of the year, which means parties are called for pretty much non-stop (something Andrew W.K. would surely endorse). Since we can’t possibly celebrate every bloom, there are certain plants we have decided to pay more attention to – plants whose flowers aren’t so prolific, predictable, or long-lived; or plants whose flowers come infrequently or at odd times of the day (or night).

This is the case with the flowers of the night blooming cactus, Epiphyllum oxypetalum, which goes by many names including Dutchman’s pipe cactus, queen of the night, orchid cactus, night blooming cereus, and tan hua. Tan hua is the Chinese name for the plant, and this is how it is referred to in the book, Crazy Rich Asians by Kevin Kwan.

In the book, Nick Young brings his American girlfriend, Rachel Chu, to meet his ridiculously wealthy family in Singapore. Before the trip, Rachel was in the dark about the Young’s wealth. She first meets the family and their gargantuan mansion when Nick’s grandma, seeing that her tan hua flowers are about to bloom, throws an impromptu (and lavish) party. Nick refers to the flowers as “very rare,” blooming “extremely infrequently,” and “quite something to witness.”

In a seperate conversation, Nick’s cousin, Astrid, tries to convince her husband to attend the party by claiming, “it’s awfully good luck to see the flowers bloom.” Later, another one of Nick’s cousins tells Rachel, “it’s considered to be very auspicious to witness tan huas blooming.” 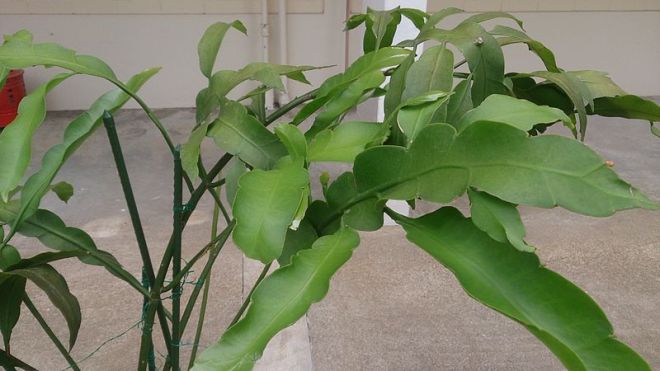 Native to Mexico and Guatemala, E. oxypetalum was first brought to China in the 1600’s. Its beauty and intrigue along with its relative ease of cultivation helped it become popular and widespread across Asia and other parts of the world. Watching it bloom is considered a sacred experience by many, including in India, where it is said to bring luck and prosperity to households who are fortunate enough to see theirs bloom.

Epiphyllums are epiphytic, meaning they grow non-parasitically on the surfaces of other plants, such as in the crevices of bark or the crotches of branches. Like other cacti, they are essentially leafless, but their stems are broad, flat, and leaf-like in appearance. Showy, fragrant flowers are born along the margins of stems. The flowers of tan hua, as described in Crazy Rich Asians, appear as “pale reddish petals curled tightly like delicate fingers grasping a silken white peach.” A report (accompanied by photos) published by Sacred Heart University describes watching tan hua flowers progess from bud formation to full bloom, a process that took more than two weeks. 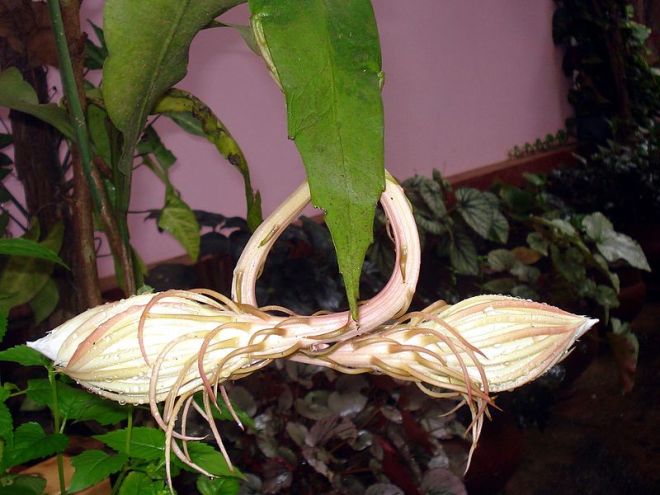 Tan huas are certainly not rare, as Nick described them. A number of Epiphyllum species and their hybrids are commonly cultivated; there is even an Epiphyllum Trail at San Diego Zoo’s Safari Park. Listed as “least concern” on the IUCN Red List, their popularity as ornamentals is noted but is not seen as affecting wild populations. Night blooming plants, while fascinating, aren’t all that rare either. Such plants have adapted relationships with creatures, like bats and moths, that are active during the night, employing their assistance with pollination. A paper published in Plant Systematics and Evolution describes the floral characteristics of Epiphyllum and similar genera: “The hawkmoth-flower syndrome, consisting of strongly-scented, night-blooming flowers with white or whitish perianths and long slender nectar-containing floral tubes is present in Cereus, Trichocereus, Selenicereus, Discocactus, Epiphyllum, and a number of other cactus genera.”

That being said, the specialness of a short-lived, infrequent, night blooming flower should not be understated, and really, parties being thrown in honor of any plant are something I can certainly get behind. Sitting in the courtyard late at night, the Young family and their guests watched as “the tightly rolled petals of the tan huas unfurled like a slow-motion movie to reveal a profusion of feathery white petals that kept expanding into an explosive sunburst pattern.” The look of it reminds Astrid of “a swan ruffling its wings, about to take flight.”

Later, “the tan huas began to wilt just as swiftly and mysteriously as they had bloomed, filling the night air with an intoxicating scent as they shriveled into spent lifeless petals.” 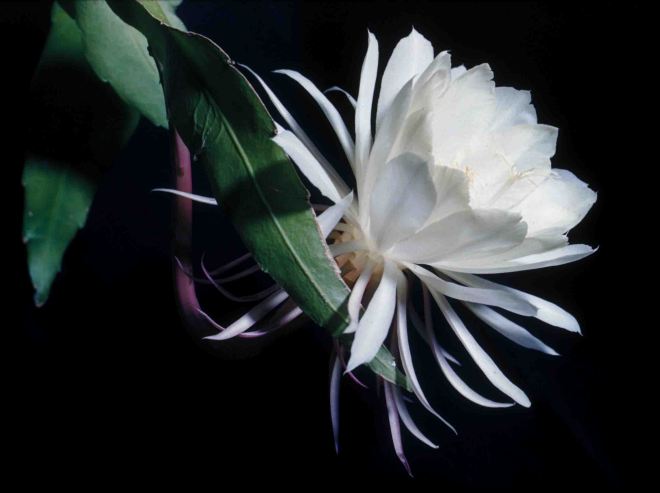 *Thank you Kathy for letting me borrow your Kindle so that I could write this post.