This is a guest post. Words and photos by Jeremiah Sandler.

I collect cacti and succulents. The more I collect plants, the more and more I become interested in taxonomic and phylogenetic relationships between them. Not just my own plants – all of them. Most recently, the genus Euphorbia has been on my mind. My favorite species are E. meloformis var. valida and E. horrida.

I’m mostly familiar with the succulent and cacti-looking euphorbia (they are not true cacti) and a few ornamental annuals. Sometimes I would come across a species that I could determine was a euphorbia; but in trying to identify exactly which species, I found countless possibilities within the genus. It seemed odd to me that a single genus could contain so many different forms.

That staggering number got me thinking: how can a single genus have so many different species? How has the classification worked that out? Has the genus been phylogenetically examined? There’s no way a genus can be so huge. You know what breeders and collectors can do with that much genetic material in a single genus? The man-made hybrids seem endless. 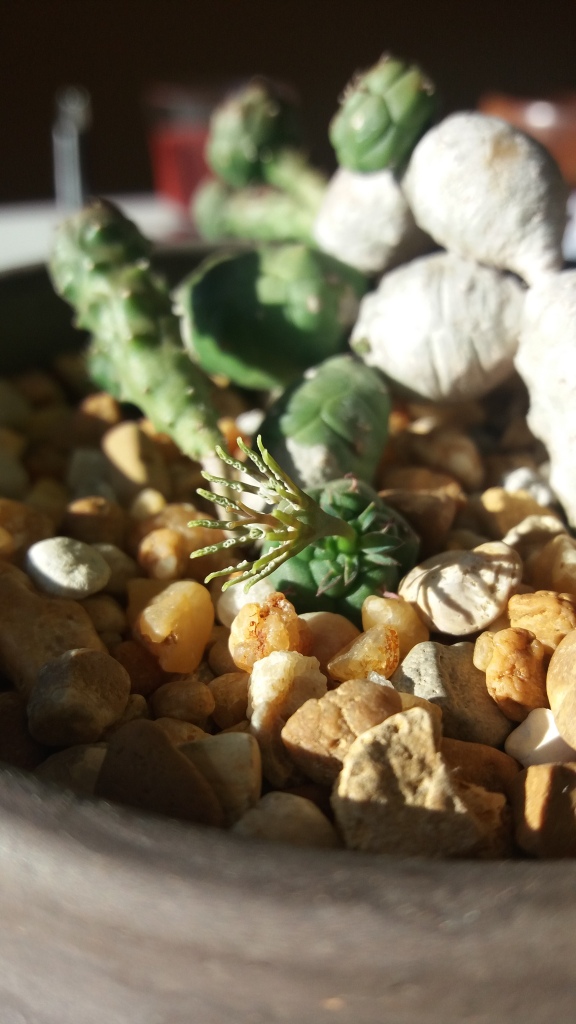 In older taxonomic practices, morphological similarities were the primary method of grouping individuals together. While that is still a common practice today, phylogenetic testing is now an accessible tool for organizing species into related groups.

Analyzing genomes is much more expensive and time consuming than observing morphologies. Now, a mix of methods is used, but DNA sequencing has definitely changed the systematics game in a big way. As a result of the APG’s incorporation of widespread phylogenetic DNA analyses, their taxonomical classifications are quickly becoming the generally accepted classifications among plant taxonomists.

Since the inclusion of genetic testing, many plant orders, families, and genera have been reorganized, renamed, expanded, or shrunk.

One of the identifying features of euphorbias are their very unique flowers. All species in the genus have a cyathium, an inflorescence exclusively produced by euphorbias. Lacking in true petals, sepals, or nectaries, monoecious euphorbia flowers possess only the most essential parts of reproduction. However, bracts, extra-floral nectaries, and other structures surrounding the reproductive parts of the flowers make them appear superficially different.

It would be very time consuming to sequence the DNA of every member of this genus to see where they all fit. Approximately 10% of the euphorbias have been phylogenetically examined, and they confirm the traditional morphological placement. How about that?

Interestingly, of the species genetically analyzed, some were subsequently placed into the genus Euphorbia after historically being considered members of other genera.

So? What’s that mean?

Species within the same genus when crossed can (but not always) produce viable offspring. Sometimes they don’t because of differences in pollinators, flowering times, or geographic location, which prevents hybridization. Clades within plant genera also can affect intra-genus reproduction. For example, hard maples won’t naturally hybridize with soft maples, despite both being in the genus Acer. Perhaps the case is similar between the groups within Euphorbia.

As a plant collector and cacti and succulent enthusiast, imagining the endless amounts of hybrids within a massive genus is a fancy idea to me. The APG’s confirming of the initial classifications of Euphorbia into a massive genus makes the idea of endless hybrids all the more real.

Jeremiah Sandler lives in southeast Michigan, has a degree in horticultural sciences, and is an ISA certified arborist. Follow him on Instagram: @j.deepsea