The terms “invasive” or “invasive species” get thrown around a lot. They are frequently used to describe anything that is “misbehaving,” or acting in a way that doesn’t fit our idealized vision for how a landscape should look and function. Oftentimes a species that is introduced (by humans) or is not native to an area automatically gets labeled invasive, even if it isn’t acting aggressively or having any sort of dramatic impact on the ecosystem. It is an alien species in an alien environment; it has invaded, therefore it is invasive.

Determining what is actually invasive in what location and at what time is much more complex than that. We do our best to understand the natural features and functions of ecosystems, and we single out any species, whether introduced or not, that is acting to upset things. That species is considered invasive and, if the goal is to restore the natural balance, it must be controlled. To what degree a species should be controlled depends on the degree that it is upsetting things. Ultimately, it comes down to human judgement. Hopefully that judgement is based on the best available evidence, but that isn’t always the case.

But we are getting ahead of ourselves. What I mostly want to accomplish with this post is to introduce the concept of invasive species and point you to a selection of resources to learn more about them. I defined invasive species in a post I wrote back in August 2015, so I will repeat myself here:

“Invasive species” is often used inappropriately to refer to any species that is found outside of its historic native range (i.e. the area in which it evolved to its present form). More appropriate terms for such species are “introduced,” “alien,” “exotic,” “non-native,” and “non-indigenous.” The legal definition of an invasive species (according to the US government) is “an alien species that does or is likely to cause economic or environmental harm or harm to human health.” Even though this definition specifically refers to “alien species,” it is possible for native species to behave invasively.

These terms refer not just to plants but to all living organisms. The term “noxious weed,” on the other hand, is specific to plants. A noxious weed is a plant species that has been designated by a Federal, State, or county government as “injurious to public health, agriculture, recreation, wildlife, or property.” A “weed” is simply a plant that, from a human perspective, is growing in the wrong place, and any plant at any point could be determined to be a weed if a human says so.

Invasive species are easily one of the most popular ecological and environmental topics, and resources about them abound – some more credible than others. Here is a list of places to start:

That should get you started. There are, of course, numerous books on the subject, as well as a number of peer-reviewed journals dedicated to biological invasions. You should also be aware that IUCN maintains a list of the Top 100 World’s Worst Invasive Species and that there is a National Invasive Species Awareness Week, which is quickly approaching. This episode of Native Plant Podcast with Jamie Reaser (executive director of National Invasive Species Council) offers an informative discussion about invasive species, and a search for “invasive species” on You Tube brings up dozens of results including this brief, animated video:

I want to believe that we are doing the right thing when we make concerted efforts to remove invasive species and restore natural areas, but I’m skeptical. The reason why I have chosen to spend an indefinite amount of time exploring the topic of invasive species is because I truly want us to get it right. Yet I don’t even know that there is a “right.” It seems to me that there are endless trajectories – each one of them addressing different objectives and producing different outcomes. In a way we are playing God, regardless of which approach we take. We are making decisions for nature as if we know what’s best for it or that there even is a “best.”

Humans have had major impacts on virtually every square inch of the planet and have been placing our fingerprints on every ecosystem we touch since long before we became the humans we are today, and so it is difficult for me to envision a planet sans humans. It is also difficult for me to buy into the idea that our planet should look as though humans haven’t touched it (i.e. pristine). Because we have been touching it – for hundreds of thousands of years. Efforts to rewind time to before introductions occurred or to hold an ecosystem in stasis, securing life for only those species that “belong” there, seem noble yet fanciful at best and misguided, arrogant, and fruitless at worst.

To be the best conservationists we can be, we probably need to find a middle ground regarding invasive species – not a deter and eliminate at all costs approach, but also not a complete surrender/all are welcome and all can stay stance. Somewhere in between seems reasonable, acknowledging that the strategy taken will be different every time based on the location, the species in question, and our objectives. Of course, none of my beliefs or opinions on this topic (or any topic for that matter) are fully formed. I am trying to do my best to maintain an open mind, seeking out the best information available and following the evidence where it takes me. A topic as complex as invasion biology, however, is never going to be easy to finalize one’s opinions on, and so this journey will be boundless. I hope you will join me. 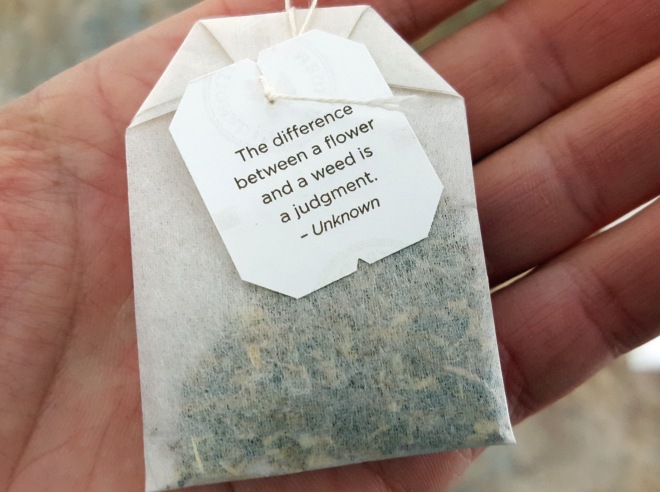 Last but not least, here are two articles that discuss updating our approach to dealing with invasive species: