Last month on Ken Druse Real Dirt podcast, Druse talked to Ken Greene, the founder of  Hudson Valley Seed Library. Greene came up with the idea for a seed library while working as a public librarian. The concept: people check out seeds from the library, they plant those seeds in their gardens, they save some of the seeds from the plants they’ve grown, and then they return the saved seeds to the library, at which point the seeds are available for someone else to check out and do the same. Greene started his seed library at the public library where he worked. He soon discovered the great need for educating the public about seed saving, and so he quit his day job and founded his own seed company. Along with carrying on Greene’s original vision of a seed library, Hudson Valley Seed Library is a producer and distributor of seeds, as well as a great resource for information concerning seed saving and other farm and garden related topics (just check out their blog to see proof of this). 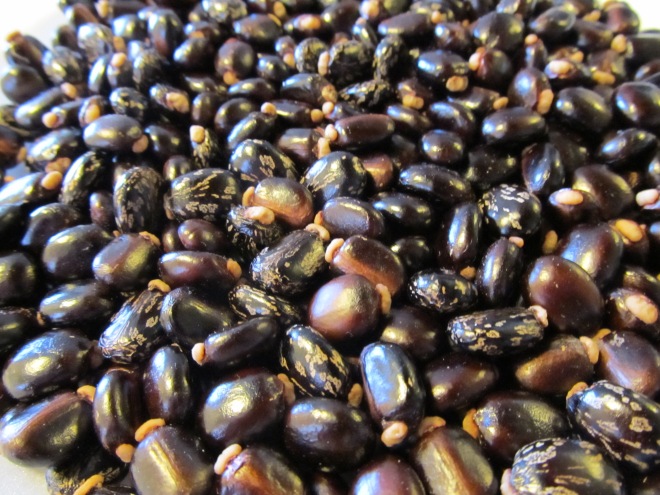 When Greene first started his seed library, there were very few others. But the idea is catching on. Perhaps you have one in your region. My local seed library is called Common Wealth Seed Library. And speaking of local, in the interview with Druse, Greene talks about local seed growers. They used to be common, but many were bought up by larger companies. However, they are making a comeback. My local seed grower is called Earthly Delights Farm. Local seed growers are worth supporting because the seeds they offer have been produced in that particular region. Ideally, they are varieties that have been trialed against similar varieties and selected for their superiority. This means that the selected varieties are likely to do well in that region.

Expect more posts about seeds, seed saving, and seed banking in the future. In the meantime, share your thoughts about anything seed-wise in the comment section below.