A hair dye used in pre-dynastic Egypt is still used today. This enduring plant-based dye has found its way into a great number of cultures going back as long as 6000 years. Its popularity is thanks in part to the broad distribution of the plant itself, but is largely a result of the diverse religious traditions that have incorporated the dye into their rituals. The plant’s use in such traditions continues, while its current popularity extends well beyond that.

Lawsonia inermis is the only species in its genus. It is a member of the plant family, Lythraceae, a family that includes crepe myrtles (Lagerstroemia), cigar plants (Cuphea), and pomegranates (Punica). L. inermis has many common names, including mignonette tree and Egyptian privet. It is most commonly known as, henna, a term that refers to the plant itself, the dye derived from the plant, and the body art made using the dye.

Henna is a shrub or small tree that reaches a height of about 6 meters. The leaves are smooth, elliptically-shaped, and oppositely-arranged on branches that are spine-tipped. Inflorescences are many-branched with numerous small, fragrant flowers. The most prominent features of the flowers are four sepals forming a bowl shape and several white to red stamens reaching towards the sky. The fruits are small, round, brown capsules full of tiny seeds. Henna thrives in dry environments with poor soil; however, it does not tolerate frost. It occurs in tropical and subtropical regions of Africa, western and southern Asia, and northern Australasia. Cultivation by humans has broadened its distribution well beyond its original boundaries.

Henna has been used to dye the skin, nails, and hair of women and men in many cultures and religions across its area of natural distribution and beyond. Its use has been especially common among women as part of fertility and marriage celebrations. The plant’s dye may have been first discovered around the mouths of browsing livestock – the persistent red-orange color having the appearance of blood. Henna plants are drought-deciduous, but they burst back to life when rain returns, producing abundant new branches, leaves, and flowers. This period of growth coincides with celebrations of marriage and fertility and may explain why it found common use in such traditions.

Dyes are made by crushing dried leaves into a fine powder and then mixing it into a paste using water, lemon juice, tea, or other liquids. A soap or shampoo is produced when henna is mixed with plant extracts containing saponin, and the addition of certain essential oils can enhance the performance of the dye. The compound in the leaves that produces the red-orange dye is called lawsone and is found in varying concentrations depending on the conditions in which the plant was grown. High heat and low soil moisture is said to produce the highest levels of lawsone. More than just a dye, lawsone also has antifungal properties and strongly absorbs UV light, thus its application is beyond cosmetic as it has proven useful against fungal diseases like athlete’s foot and as a sunscreen. And that’s just the beginning. 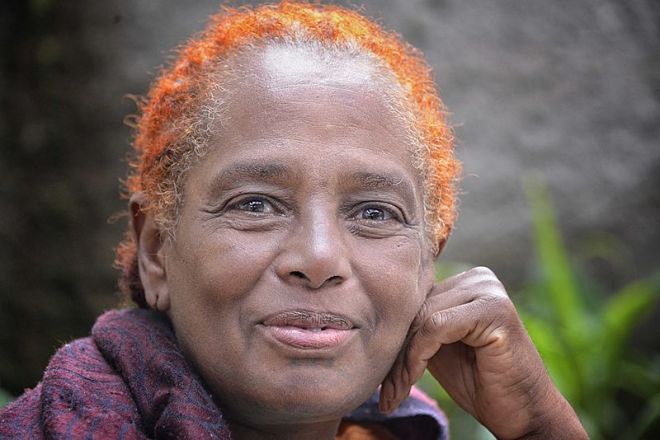 A study published in the Journal of Ethnopharmacology by Semwal, et al. reveals that nearly a hundred phytoconstituents (or “biologically active compounds”) have been isolated from all parts of the henna plant. Henna has long been used medicinally to treat a wide range of ailments, and while it may not be an effective treatment for all that it has been historically used for, it has been found effective for certain things and has great potential for further use.

In the paper, the authors review dozens of studies exploring the many “biological activities” that henna is claimed to have, which include “antifungal, antibacterial, virucidal, antiparasitic, anti-inflammatory, analgesic, and anticancer properties,” etc. Research into these properties is limited and has been “complicated and hampered” by the widespread practice of adding other ingredients (some of them harmful) to henna products. In order for henna’s “therapeutic potential” to be properly explored, the authors advise identifying and standardizing the plant’s active components.

Henna continues to be used in cultures across the world and is particularly prominent in Hinduism and Muslim practices. It is most commonly used to dye hair and create temporary body art (also known as mehndi). Henna art is often applied to the hands and feet, where the skin is thick and absorbs more of the lawsone. It is applied as a paste and either squeezed through a plastic cone or syringe or painted on with a stick or brush. The longer the paste is left on, the darker the stain will be. After a week or so the henna begins to fade as old skin cells slough off. 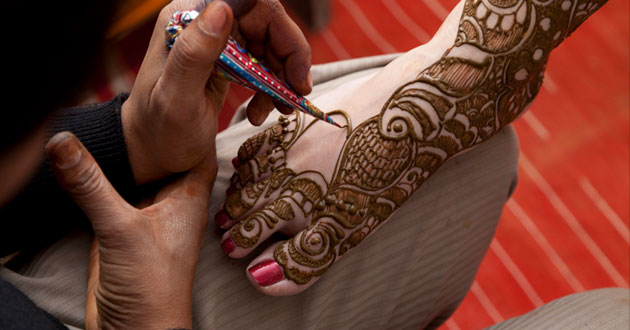 In ancient cultures, henna was thought to ward off the Evil Eye as well as bring good luck and blessings, a trait known as baraka. This belief is part of the reason why henna was incorporated into marriage ceremonies and other religious rituals. Because of henna’s antifungal, analgesic, and anti-inflammatory properties, etc., real benefits are seen when henna is applied to various parts of the body. Semwal, et al. argue that a scientific understanding was not necessary for “recognition of benefit.” Today however, “scientific investigation and quantification of henna’s ‘baraka’ should expand and optimize these traditional qualitative understandings.”

Because of henna’s widespread use and long history, it is not feasible to fit henna’s entire story into a single blog post. Henna is worth exploring on your own. Here are a few more interesting tidbits for now. In Semwal, et al.’s summary there is a mention of henna twigs being “rubbed over the teeth for effective dental self-care” – something to keep in mind in case you find yourself without a toothbrush, and a henna plant happens to be nearby. A paper published in a 1993 issue of Thaiszia – Journal of Botany discusses the historical use of henna in the Balkans. Slavs in the area reportedly treated typhoid fever using a mixture of henna and “the juice of twenty heads of garlic” heated in water. Finally, henna has been used to dye many things, including leather, cloth, and animal fur. Persians have long used henna to dye the manes, tales, and hooves of their horses and other animals. A practice that continues today.

3 thoughts on “Ethnobotany: The Henna Tree”