It is a presidential election year in the United States of America and, as per usual, it’s a circus. Prolific coverage of the surrounding events is hard to avoid. President Barack Obama is in the final year of his second term, which means that 8 years ago he was in the same position as today’s presidential hopefuls. Ultimately Obama was elected President, but during that lively process something else was afoot.

Kerry Knudsen is the lichen curator at the University of California Riverside Herbarium. In the final weeks of the 2008 campaign season, Knudsen was making collections of a species of lichen that he had discovered a year earlier. As Obama was being elected President, and (as Knudsen terms it) “the international jubilation” surrounding the event proceeded, Knudsen was drafting a paper describing and naming the newly discovered species. The final draft was completed during President Obama’s inauguration, and so it seemed fitting to Knudsen that he name the lichen after Obama. Caloplaca obamae it was – named after the 44th President of the United States, in honor of “his support of science and scientific education.” 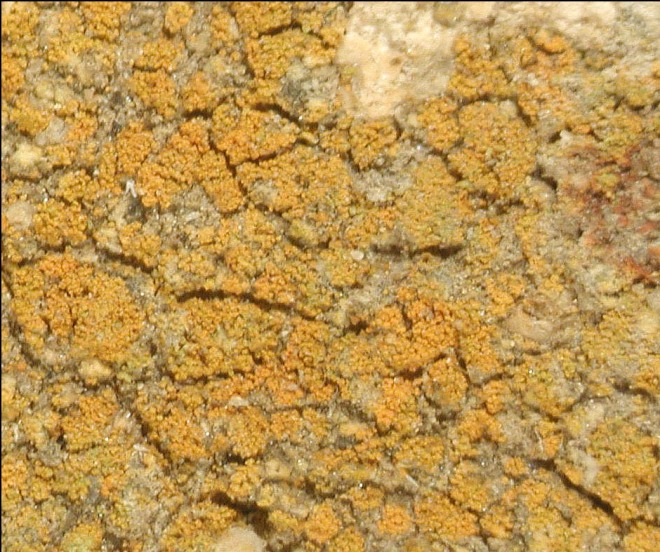 Caloplaca obamae is a rare find. It is endemic to Santa Rosa Island, a member of the Channel Islands off the coast of Southern California near Santa Barbara. Cattle ranching and the introduction of elk and deer nearly removed it from existence. Now that cattle ranching has ceased and elk and deer are being removed, the lichen has a chance of survival.

Lichens are unique organisms. They are the result of a symbiosis between fungi and algae and/or cyanobatcteria. In this symbiosis, a mycobiont (the fungus) is essentially farming a photobiont (the algae/cyanobacteria) in order to feed off the sugars produced when the photobiont photosynthesizes. Photobionts in turn receive protection as well as water and other nutrients collected by the mycobiont.

There are at least 17,000 species of lichens known to science. They occur throughout the world in all manner of habitats from low to high elevation, and they adhere to virtually any stable surface including glass, plastic, and rubber. Lichens are ancient organisms, having existed for as long as 300 million years, with early lichens – or protolichens – dating back at least 400 million years. They are also very slow growing and can be incredibly long-lived.

Lichens are named after the fungal component, which can cause confusion since a particular species of fungus may form lichens with more than one species of algae or cyanobacteria. One way lichens are classified is according to their growth form, which is determined by their thallus – their non-reproductive, vegetative tissues. Three common thallus forms are fruticose (shrub-like), foliose (leaf-like), and crustose (crust-like).

While unassuming and benign in appearance, lichens have great ecological importance. They are involved in soil formation, the water cycle, and nitrogen fixation. They are homes to insects and microorganisms and are used as food by some animals and nesting materials by others. Some species of lichens are even consumed by humans. Lichens have also been used to develop medicines and dyes. Lichens are sensitive to air pollution, and are used to help determine the environmental health of urban areas. If your neighborhood has a healthy lichen population, chances are your air is pretty clean. 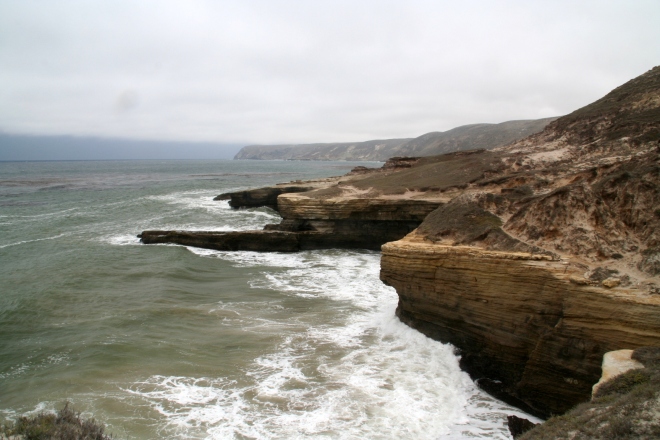 Caloplaca obamae is an orange, crustose lichen. It is terricolous, which means that it grows on soil. It is part of a community of soil dwelling lichens and bryophytes that form a biological soil crust on the Pleistocene soils of Santa Rosa Island. This sensitive community is easily disturbed by activities like grazing, which is why removing cattle, deer, and elk (all of which were introduced by humans to the island) is important for its survival.

Lichens are great, and they deserve much more attention than they get. A lichen named after President Obama is also pretty cool. However, as I researched this story the thing that impressed me the most was Kerry Knudsen himself. Knudsen is a retired construction worker with no academic degrees. He started studying lichens on his own after a medical condition forced him into early retirement. His initial interest grew into an obsession, and he is now among the few lichen experts in the world. He has added thousands of lichens to The Lichen Herbarium at UCR and has helped describe and name dozens of new species. He currently studies and collects lichens in California and the Czech Republic. You can read more about Knudsen in this 2004 article in the Los Angeles Times.